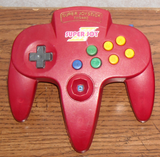 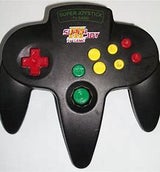 These things are awesome!!!

76 games classic NES/Famicom games come pre-loaded and there's a connector on the bottom so you can play famicom cartridges too, ...or NES cartridges if you have a 60-72 pin converter. It's like an NES classic, a Plug and Play, a Famicom, and an NES all in one. And it's portable so you can take it anywhere. See video for details and a sampling of the games.

Light gun sold separately in "NES Systems and accessories", or "Toys and Other Stuff/Electronic Games"

Black: Seems broken. Screen is jumbled when turned on. Could be fixed, cleaned, or used for parts.