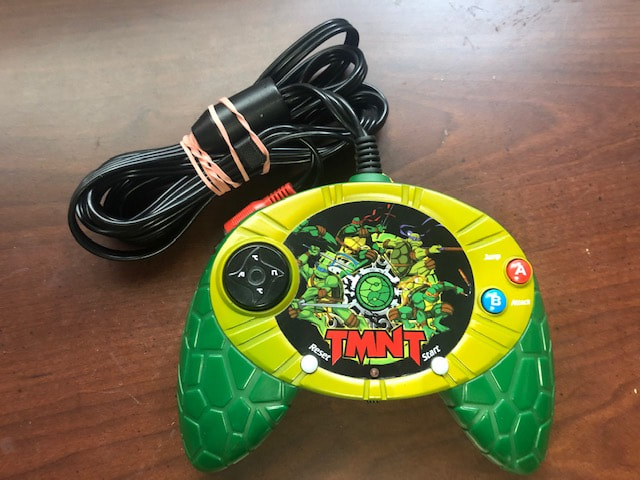 Add to Cart
​Teenage Mutant Ninja Turtles: Battle for the City is a dedicated console system published by Tech2Go and developed by WayForward Technologies. The game is based on the 2003 TV series.
The Turtles return home to find that Splinter has been kidnapped. They set off to find who the culprit is.
Gameplay consists of players selecting one of four Turtles and scrolling from left to right, hopping on platforms and defeating enemies whilst collecting a number of keys to open the gate. Upon opening the gate, the player will enter a room where a boss lies in wait.
If all of a Turtle's energy is depleted, or he falls into a chasm, he is considered "Captured" and another Turtle must be selected. A game over occurs when all four Turtles are captured. By collecting Turtle Head icons, a captured Turtle can be restored for play, or "Rescued".